According to tradition, Martin Luther hammered his church-reformatory 95 theses to the portal of the castle church in Wittenberg on the last day of October 1517. He thus triggered a fierce, earthquake-like controversy in church policy. In 1521, Luther was asked to revoke his theses at the Diet of Worms. He refused, was anathematized and banned by the Empire, and henceforth prosecuted not only by the pope, but also by the emperor. In order to avoid persecution, the reformer went underground. The Saxon elector Frederick the Wise allowed him to find shelter at the Wartburg castle in Eisenach, disguised as “Junker Jörg”. There, condemned to idleness and waiting, he translated the New Testament from Greek into German. A Bible translation - this may sound like a meaningful occupation for an unemployed theologian, but it doesn't have much spectacular to begin with. And yet: among other things, this translation of the Bible should make Luther the star of his time. The Luther Bible in German spread quickly thanks to the new invention of letterpress printing and made him famous. 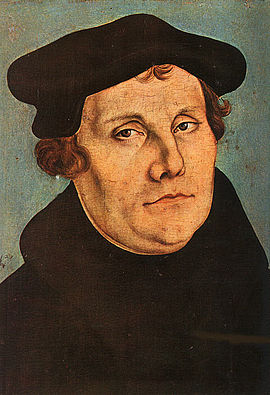 Fig. 1: Martin Luther, 1529, by the workshop of Lucas Cranach the Elder, oil on wood

if you want to find out more about Martin Luther, we recommend a search of the DDB. The Deutsche Digitale Bibliothek (German Digital Library) provides a large number of search results on the subject of Martin Luther. A simple search allows access to fonts, books, images and audio files of church songs of the famous Reformer. By setting specific filters, you can further restrict the hit list according to interest. Many of these hits are digital copies and can be opened and read online from the first to the last page. FIZ Karlsruhe is a partner in the competence network of the German Digital Library (DDB) and at the same time its technical operator.

The art of translation

Today’s visitors to the Wartburg are readily made aware of a stain on the wall of Luther’s former study. Legend has it that the devil appeared to Luther while he was translating. To drive Satan away, the theologian threw his inkpot at him, hitting the wall. We will never know whether this throw was the result of religious zeal or of overwork. A good, professional translation is certainly a task with high quality standards that requires a lot of expertise and experience.  This can quickly make the translator feel overstrained and, as a result, make him lose his temper.

A good translator has to have an excellent command of the languages in question and must know a lot about the respective cultures. Just learning the relevant vocabulary does not suffice; it is also vital that translators familiarize themselves with the linguistic and cultural environment. Back then, Luther realized: “To actually translate something means to adapt what is said in a foreign language to one’s own language.”1 Thus he expressed that a direct word-by-word translation can never convey the exact meaning of the original text.

In today's globalized world, in which trade, industry and research span the globe across countries and languages, a good basis for understanding is extremely important. There is no single language, although English is often the basis for communication in an international environment. Good and fast translations are nevertheless necessary in many places. But how is translation done these days, what are the developments in this area? Will translations soon be done exclusively by computers? At the push of a button and within seconds? How are research activities developing in the field of translation apps and translation software? We tried to answer these questions by conducting a search in the patent database Derwent World Patent Index (DWPI) provided by the information service STN. The search strategy was based on a keyword search, combined with the relevant IPC2 classes.

Translation software is not (yet) a top technology 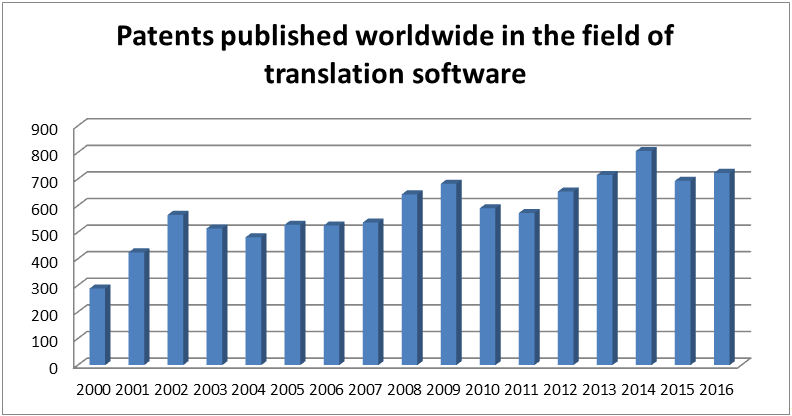 Fig. 2: Patents published worldwide (PY.B) in the field of translation software from 2000 to 2016, © FIZ Karlsruhe

The number of patent publications has not increased significantly over the period under review (see Fig. 2), but seems to be more likely to settle at a certain level. There is an obvious Interest in this technology, but with noticeable fluctuations. A breakthrough in research activities, as evidenced by the sharp rise in patent publications, has not yet been demonstrated (the data of the analysis were collected in a patent search in STN in June 2017). The trend of 2012-2016 shows that patent applications in the field of translation software will continue to be at a high level in the future.

However, there is a factor of uncertainty in the evaluation. It is possible that some software developments do not appear in patent statistics at all, because software patents are in a patent law grey area. The European Patent Office (EPO) only accepts software patents if they are used to solve technical problems, i. e. if, for example, a sophisticated algorithm optimally controls a part of a technical process. In cases of doubt, the software patents filed will be filed before a Board of Appeal of the Office and may be confirmed or rejected. The German Patent Office (DPMA) largely follows this legal view. On the other hand, the US Patent Office (USPTO) usually grants patents on software without restrictions.

As expected, well-known software and IT companies have been engaged in the field of translation software, especially IBM. The American company has recently attracted particular attention with strong advertising for its product IBM Watson. IBM Watson is a computer program from the field of artificial intelligence. According to IBM, it should be able to communicate with people in their language. Watson recognizes and understands oral questions addressed to him. The program searches through huge amounts of data for the appropriate answers, capturing and understanding language and its meaning. In addition to text sources, Watson can also evaluate images and videos as a data source. Watson should be able to use this information to make assessments and analyses or to develop hypotheses. 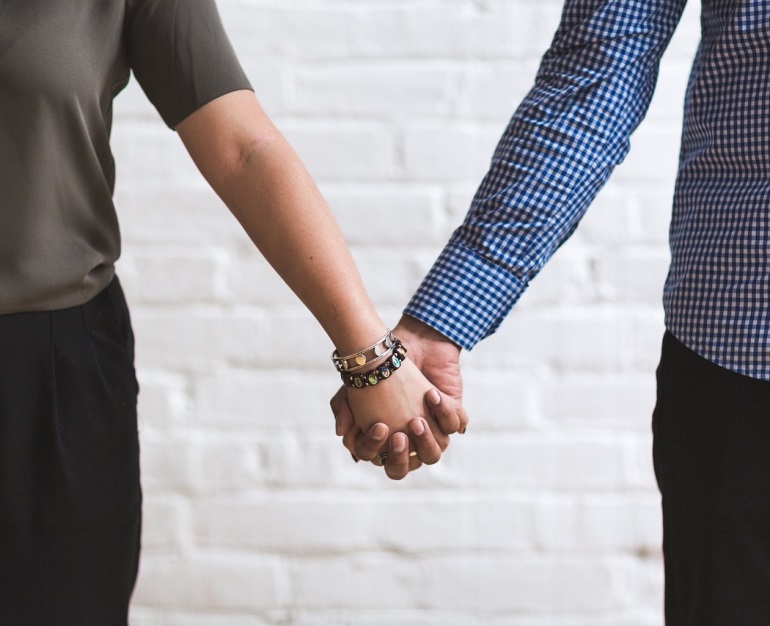 In addition, the program constantly learns through interaction with its user and adapts to his or her language. IBM provides an application example on its homepage: In the health care sector, Watson should make it easier and quicker for doctors to make a correct diagnosis. The doctor describes the patient’s symptoms, Watson “listens” and “understands”. Then the program “reads” scientific literature and “selects” the relevant literature, including the latest medical publications. The resulting diagnosis is based on evidence and highly topical. With Watson, IBM is trying to develop an intelligent scientific assistant. Watson’s smart answers are based on translation software. So it comes as no surprise that IBM ranks first among the patent applicants in this field. At present, Watson knows seven languages3, others will follow. 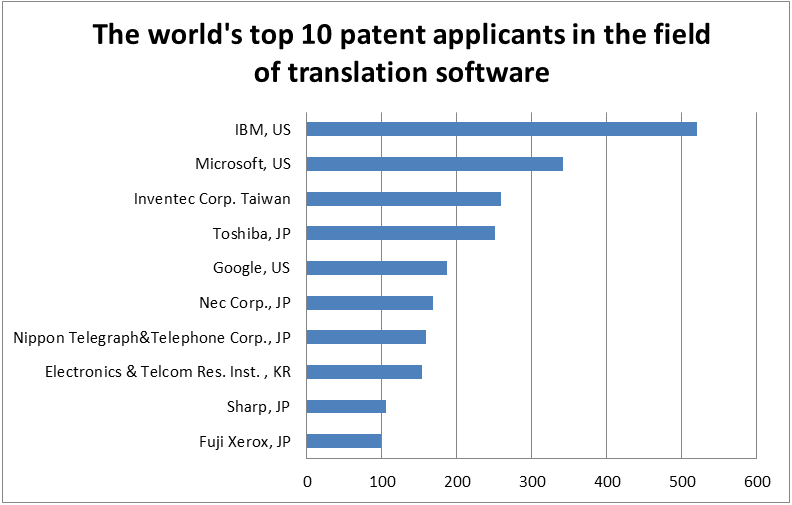 Human translations are not yet obsolete

So, at first sight, things do not look too good for translators, since computers are preparing to take over their field of work. It seems that a translation like the one done by Luther could nowadays be done very quickly by computers. But caution: Human translations have not become that insignificant yet. There are texts that are too complex to be properly grasped by translation software. These include, for example, patent documents, and there is a reason for this.  Patent attorneys and other patent experts are skilled in the high art of complicated patent language. They are very creative in trying to veil, while at the same time exactly describing it, a technical invention in a text.  So, a patent document can describe a cup as “a cylindrical device to store fluids in”. The facts contained in this description are correct, yet the unexperienced reader is left puzzled. Such tricky wording is supposed to make it difficult for competitors to find one’s own technical inventions. A professional search in patent databases has to consider these language tricks contained in patent documents. Translations must also be able to grasp and reproduce the meaning of patent texts formulated in this way. Only those who think and really understand can do that. At present, machine translations of patent texts are still unsatisfactory. At best, they can provide a rough indication of what the invention is about and give a first impression of the patented technology.

This would be sufficient if patents contained insignificant information and therefore no exact translation was required. But the exact opposite is true. Patent documents contain state-of-the-art technological knowledge which in many cases has not been published anywhere else. Initially, new patent applications are often submitted to the local patent authorities in their original languages. The economic growth of many Asian countries has resulted in a large number of patent publications from Asia. These have been written in the respective local languages and need to be translated into English. This increases the demand for professional patent translations. AutoDoc offers a customized solution to this problem. Since the beginning of September 2016, FIZ Karlsruhe’s document delivery has been offering a new service, i.e., patent translations into English made by professional human translators. The translations are available within three days and offered at a fixed price. AutoDoc’s partner is Scipat BV, a Dutch company. The languages offered for patent translations include Arabic, Chinese, Chinese, Japanese, Korean, Russian, Thai and Vietnamese.

So, a momentary all-clear for the classic translator à la Luther. The translation performance of human beings cannot yet be completely replaced by computer programs, there are niches. But this doesn't have to be the case, because this artificial intelligence software is constantly learning and the human translator's head start is melting away. The latest example is DeepL, a translation software developed by a small start-up company from Cologne. The quality of these machine translations with DeepL is remarkable.

And Luther, the translation superstar, what would he have done if he had a translation software available? Probably he would have used it and reworked the text in the final version here and there himself a little bit. In any case, this would have made his working days at the Wartburg more relaxed and probably wouldn't have resulted in an inkpot throw.